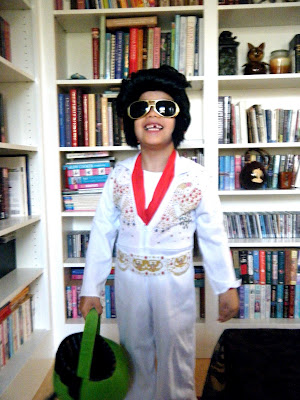 
(come join us for the FO Friday party at Tami's Amis, halloween costumes are optional)
15 comments: 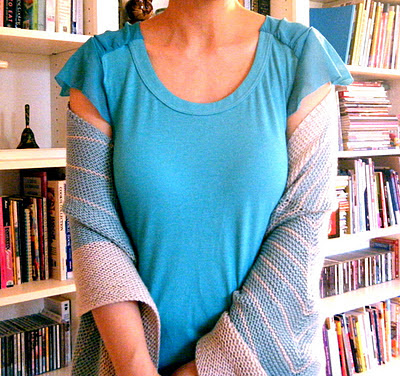 Is there a finished object that reminds you of a time, person or place? I know that my Stripe Study Shawl will always bring back memories of this past summer and the special moments spent getting to know my nieces at this time in their lives. They are both at that awkward in-between age, not quite children but not teenagers either. Full of contradictions and unpredictabilities, creativity and imagination. 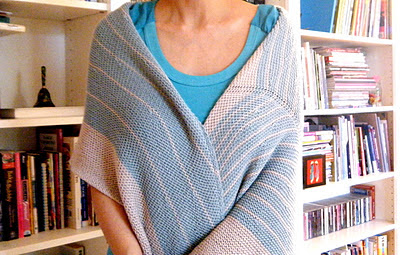 Wearing this shawl now is bittersweet because I know that I cannot stop time from passing by. The rows and rows of garter stitch must eventually come to an end. But at least I will have this shawl to remind me. 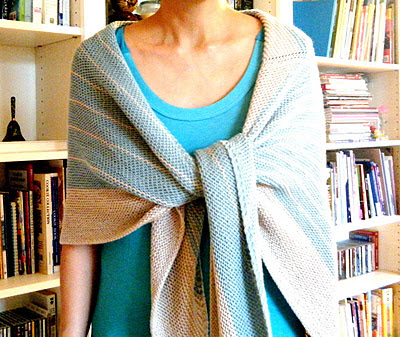 (Many wonderful projects can be found at FO FRIDAY with TAMI'S AMIS)
20 comments:

Just as I predicted. There were visions of hand knits floating around in my husband's head after all. But thankfully no mention of the dreaded socks. Instead, he has requested a neck warmer to wear on his daily motorcycle commute to work. It has to be (in his words) not frilly or floppy. Preferably something in a dark color and most importantly, be cool looking. So of course I had to turn to the coolest knitwear designer I know, my number one knitting crush Mr. Stephen West. 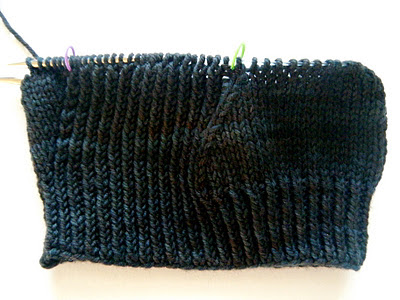 I am really loving the look of the slanted twisted rib in the Windschief pattern. Such a cool looking hat and cowl combination.

As for myself, the only visions floating around in my head this week have all had the trademark Missoni zigzags on them. Oh why oh why am I always late to the party? By the time I knew that Missoni was coming to Target, everything had been sold out! So in shopper's desperation, I went on eBay and Amazon to scour their offerings. That is how I came to find myself THIS CLOSE to bidding on a $30 coffee mug last night. Then sanity returned and I turned off the computer and made these instead:


(For the coolest WIP's around, head on over to TAMI'S blog)
21 comments:

I was 8 & 1/2 months pregnant when we moved into our house six years ago, so unpacking was a rushed affair and never really got completed. There are still things in boxes in the Black Hole (otherwise known as our garage) from that time. Since then, the various clutter that accumulates from three pack rats seems to have taken over the house. This year, I made myself a promise to declutter and organize, starting with the master bedroom. This space has become my catchall room. 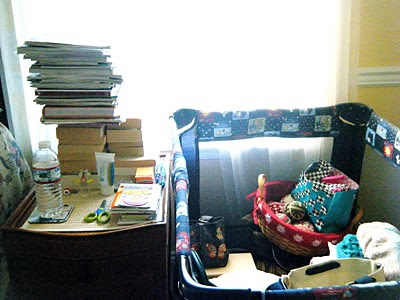 Yes, that is a play pen in the corner which is serving as a giant knitting basket. Effective but ugly. And the stack of craft magazines and books on the nightstand is my version of the leaning tower of Pisa. 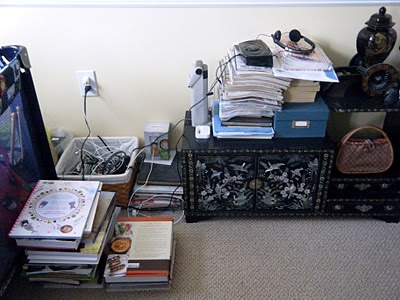 I have quite a few towers scattered around. 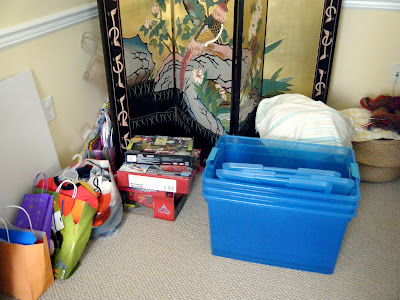 So today the mission begins with a clearing of the clutter into these lovely plastic bins. And then the fun starts because I am turning this space into a little craft haven with the help of some early birthday presents to myself from Ikea. The hubby doesn't know yet that HIS birthday gift to me will be assembling those presents! Hopefully very soon I will be sitting pretty in my new crafting space!
6 comments: